Throughout the 2021 redistricting process, LFIA advocated for Los Feliz to be kept whole and to be kept in districts with Griffith Park. We’ve been successful in some efforts and not so much in others. Here’s a recap of all of the new districts for Los Feliz at the end of 2021.

STATE DISTRICTS
The Citizens Redistricting Commission approved final maps for Board of Equalization, Congress, State Senate and Assembly. You can view the final maps HERE. These districts take effect with the June 7, 2022 primaries and continue for the next decade. CalMatters published a good explainer.

Los Feliz will remain in District 3 for the California Board of Equalization (BOE).

Slower population growth in California means the state lost one of its 53 U.S. House seats this year. Congressional districts each have about 760,000 people, and Los Feliz will be in Congressional District 30. 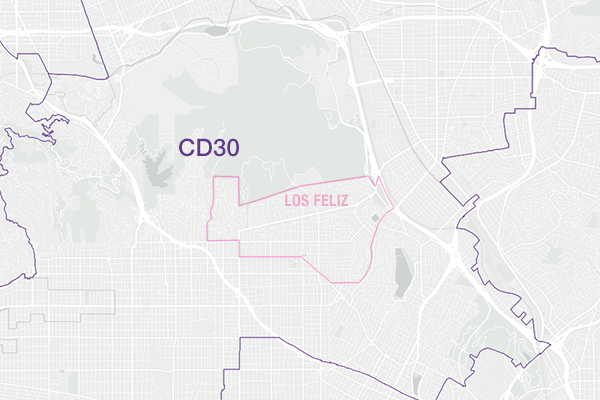 State Senate districts each contain nearly one million people. The majority of Los Feliz, along with Griffith Park, falls into Senate District 26, while The Oaks portion will be in the 24th District with more of the hillside communities. 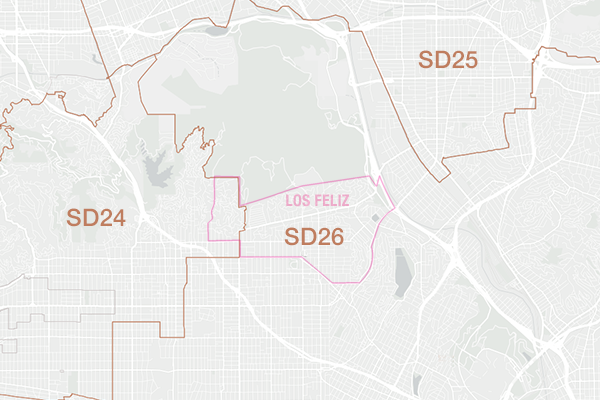 The State Assembly Districts will be quite different. Los Feliz will be split between District 51 and 52, neither of which are likely to be represented by our current Assemblymember, Laura Friedman. 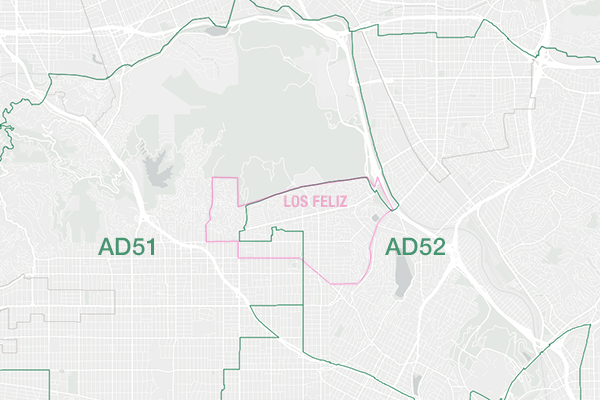 The LA County Supervisorial Districts map was drawn by an independent commission, was adopted and went into effect immediately. You can read more in the LA Times. Los Feliz is now split between District 1 (represented by Hilda Solis) and District 5 (represented by Kathryn Barger). 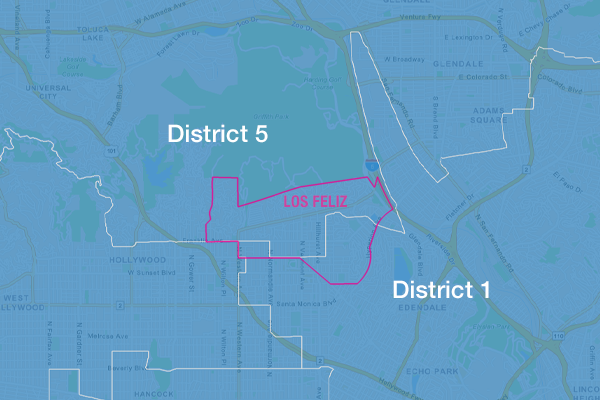 The Los Angeles City Council Districts are the only ones drawn by the politicians currently in office (there is a movement to establish an independent redistricting commission). Los Feliz will finally be united into one district, Council District 4, and will be represented by Nithya Raman. This map takes effect January 1, 2022. 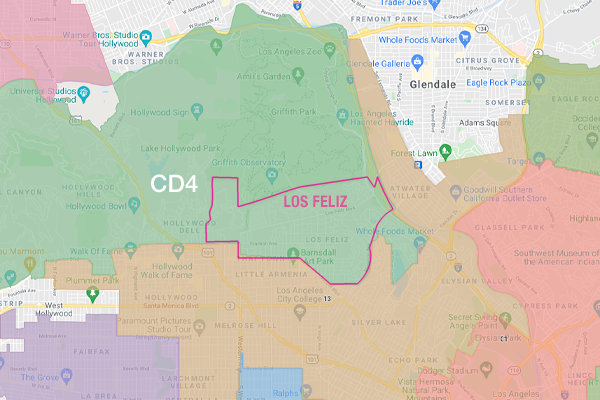 Los Angeles Unified School District (LAUSD) went through its own redistricting process and the LAUSD schools in Los Feliz are moving to District 2, currently represented by Mónica García who will be termed out.